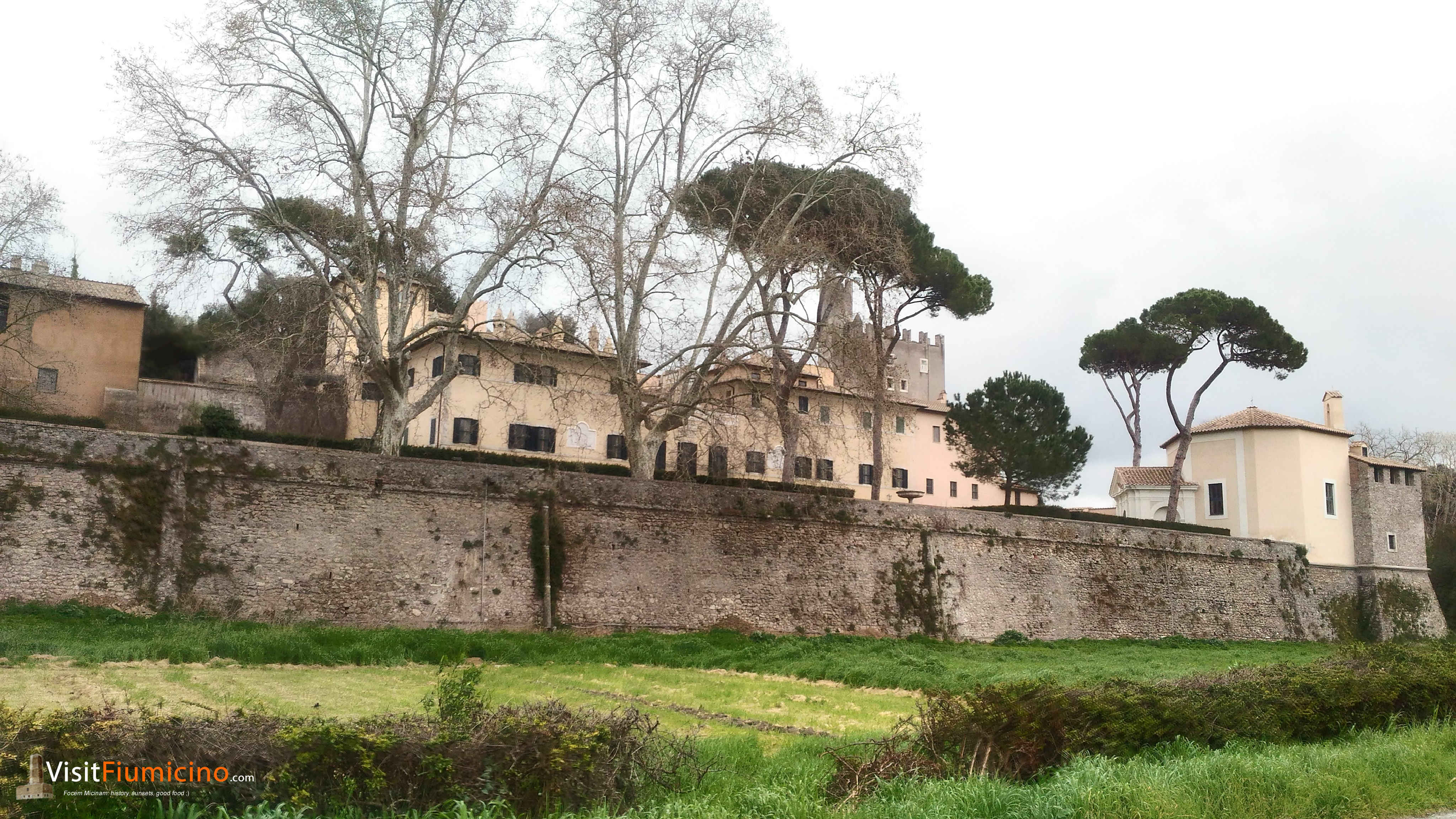 Its appearance of a fortified village with watchtowers, moats and walls, testifies theMedieval origin. In 1254 He is mentioned among the possessions of Norman noble family Alberteschi, then passed into the hands of Anguillara, Massimo, Peretti. At the beginning of the 17th century Prince Michele Peretti, the nephew of Sixtus V, built a new, great and magnificent stately home.

In Garden peacocks strolling colorful cedar trees and excavating artifacts: the Castle becomes a place of sumptuous banquets and hunts. But the highest standard of living erodes irremediably family assets and thus, in 1639the Manor and Castle are sold to Falconers Principles, one of the richest families of baroque Rome. They call a stone tower two geniuses of their time: theArchitect Ferdinando Fuga the Church and the new access staircase to the piano nobile and the painter Pier Leone Ghezzi which is entrusted with the interior decoration. 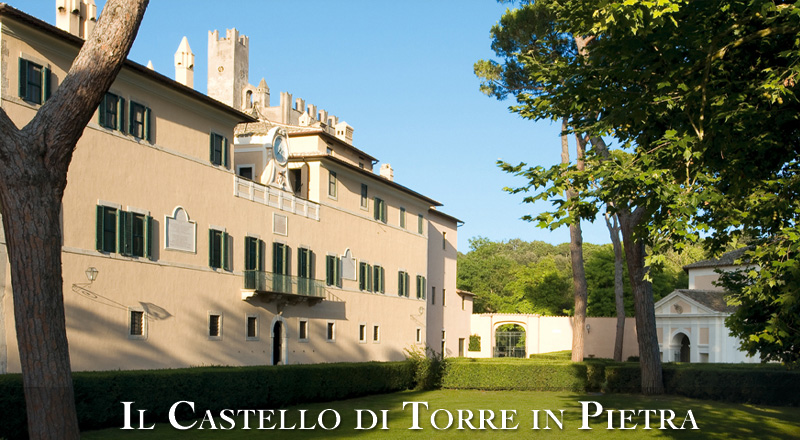 The castle that we admire today is basically what we have left falconers. The frescoes are preserved: we can relive the splendour of theJubilee year 1725When Gallego is called by Alessandro Falconieri to decorate piano nobile with scenes celebrating the visit of the Castle Pope Benedict XIII. And within the octagonal church, frescoes on the side altars are further evidence of his work. Finally, in the second half of the 19th century, falconers go extinct and stone tower knows an era of decline, until 1926 becomes the property of Senator Luigi Albertini that, together with his son Leonardo and his son-in-law Nicolò Carandini, engages in a massive cleanup of the estate and restoration of the Castle, the Church and the village.

Also worth a visit is the Castle basement, situated right next to the entrance. 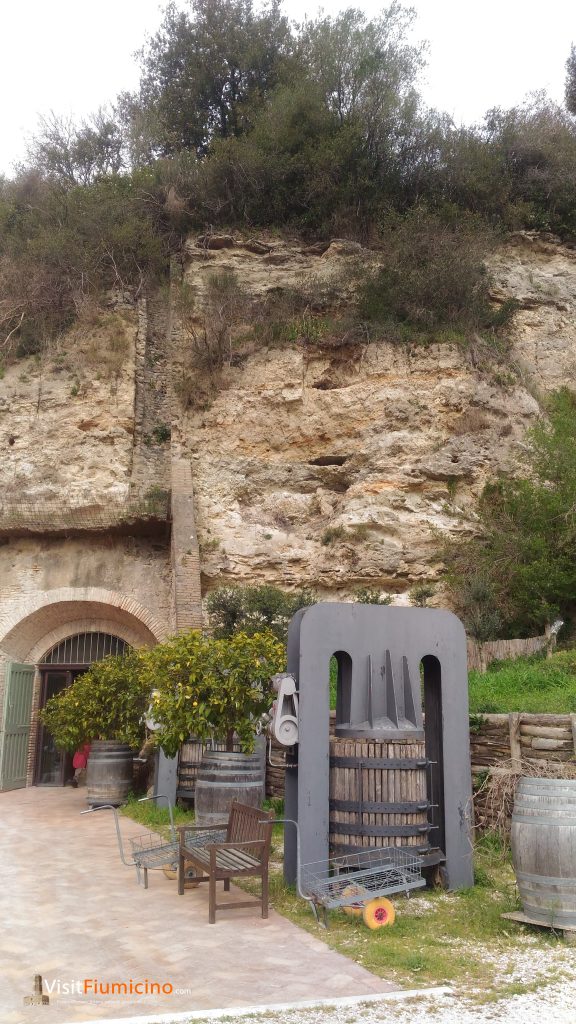 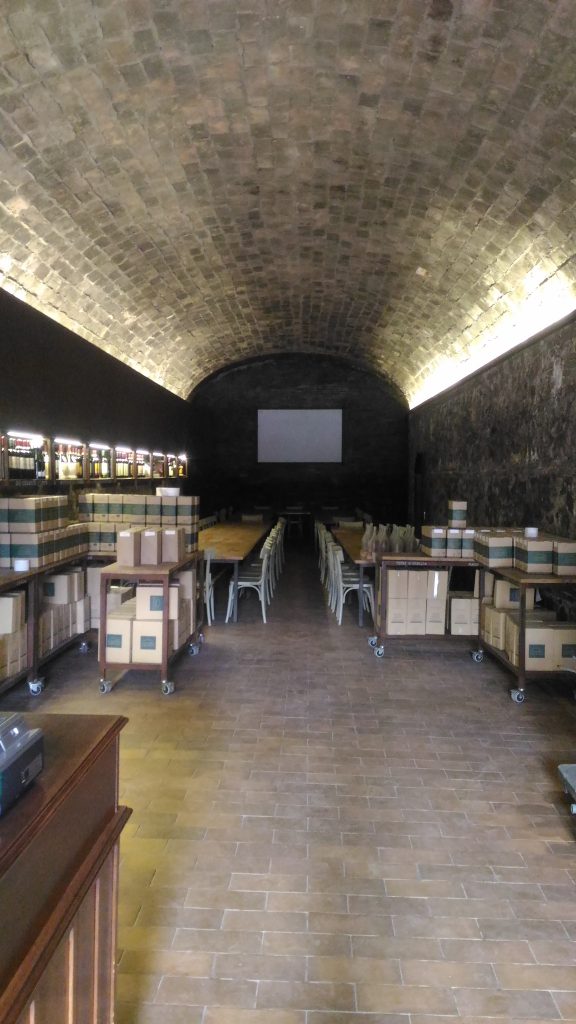 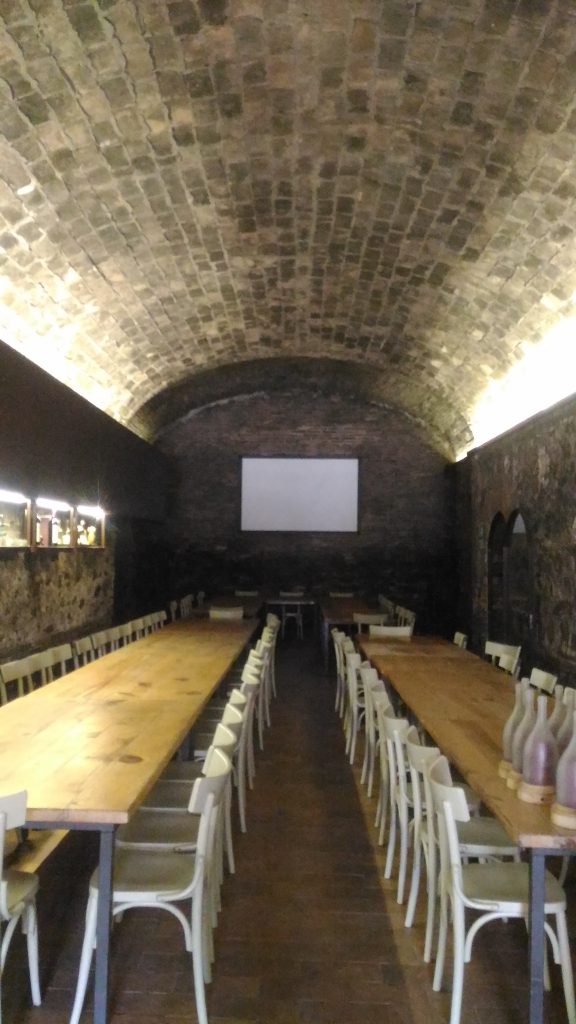 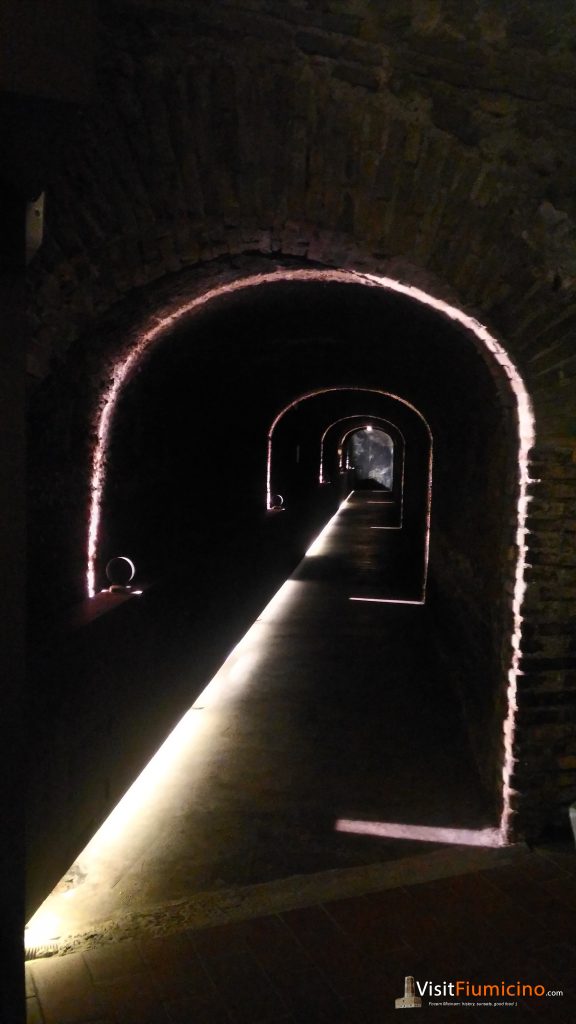 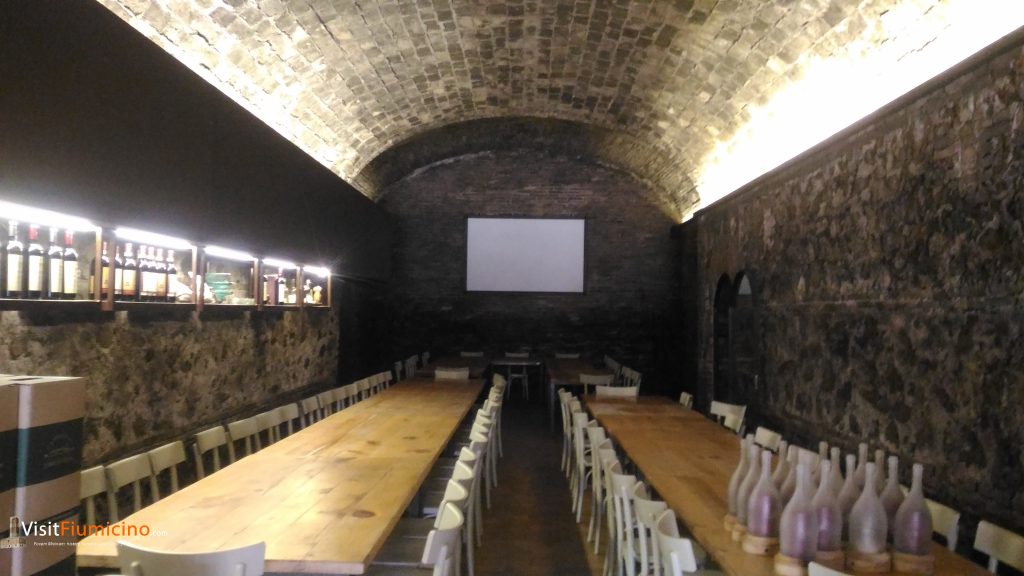 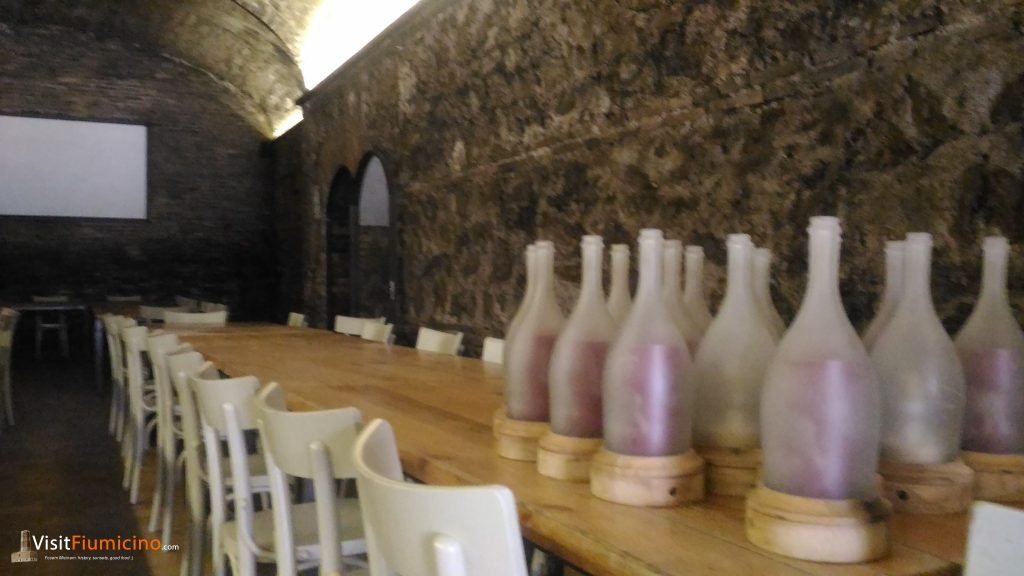 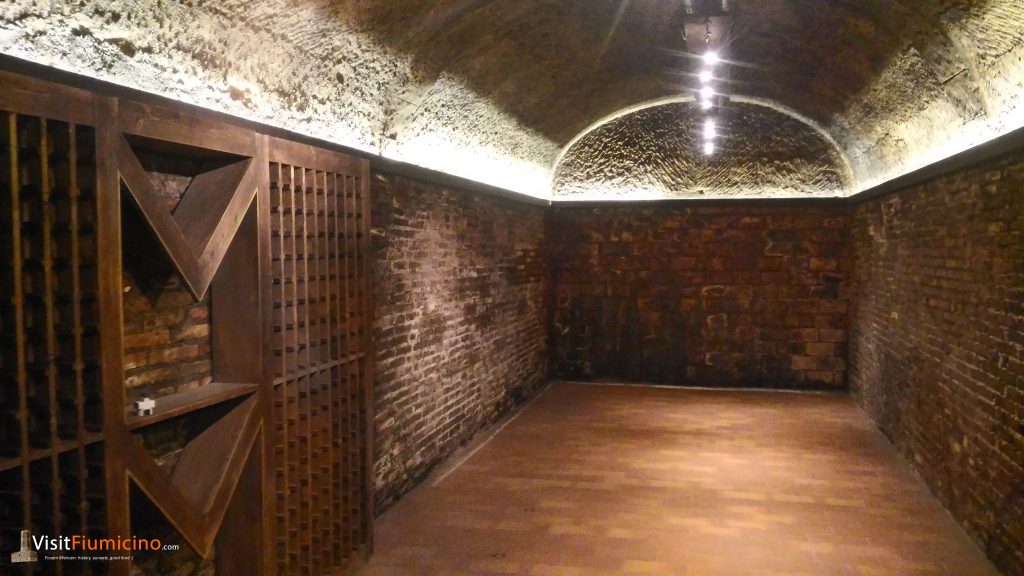 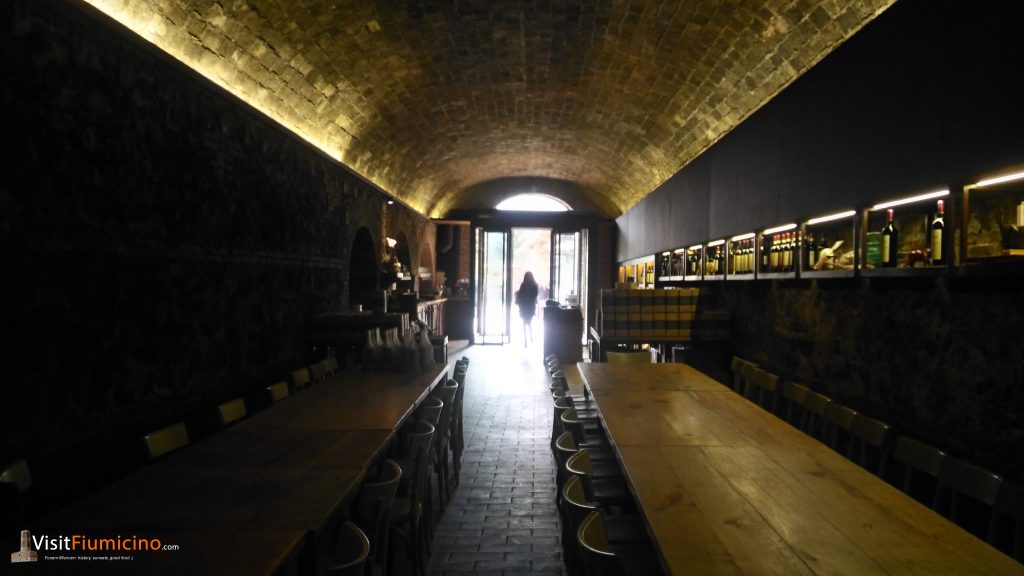 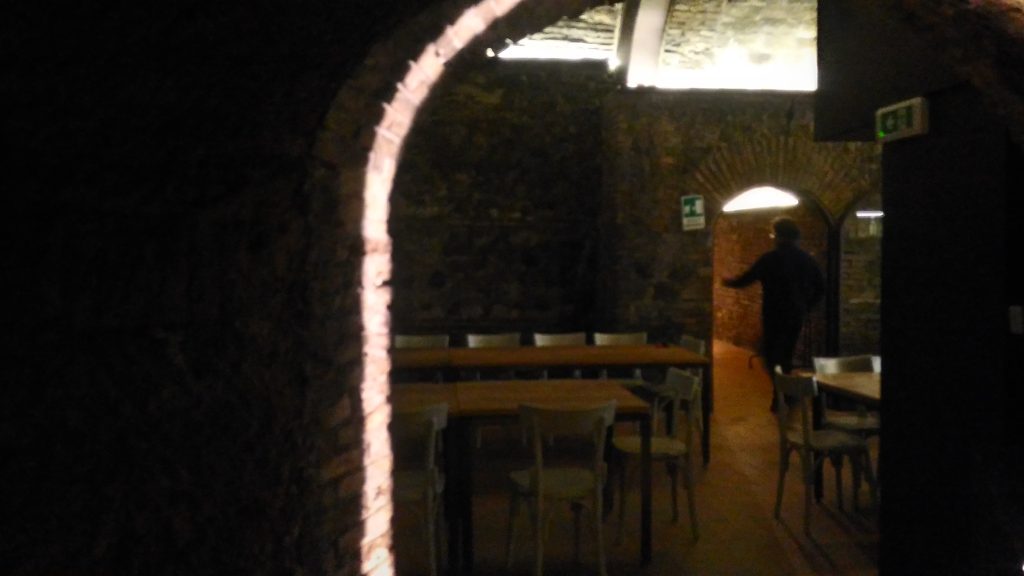 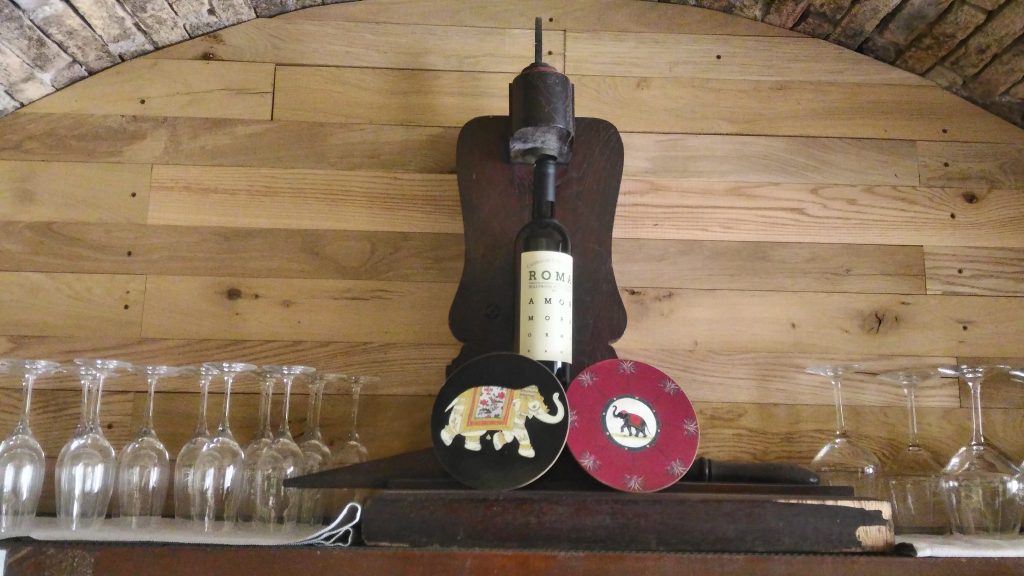 The visit of the Castle you will discover the historical, architectural, artistic and economic issues that have turned this solemn and secret place for centuries. From austere medieval castle in sumptuous 16th century hunting lodge, a sumptuous 18th-century aristocratic House of Falconers Principles that invited the best architects and artists of their time. Destination of leisure and entertainment but also very active farm, radical twentieth-century opera Center of reclamation and restoration accomplished by Senator Luigi Albertini.

Groups belonging to the cultural associations and scholars can book a guided tour with a written request to the email address: info@castelloditorreinpietra.it. The guided tour of the castle may follow a visit of the winery rustic buffet and tasting of our organic wines. The tours are for groups of minimum 10 people. The castle is open to the public for a free tour on the first Monday of every month from 9.00 to 11.00 hours. The Church is open on Sundays and public holidays for the mass at 10.00.
(taken from http://www.castelloditorreinpietra.it/degustazione-vini-roma)