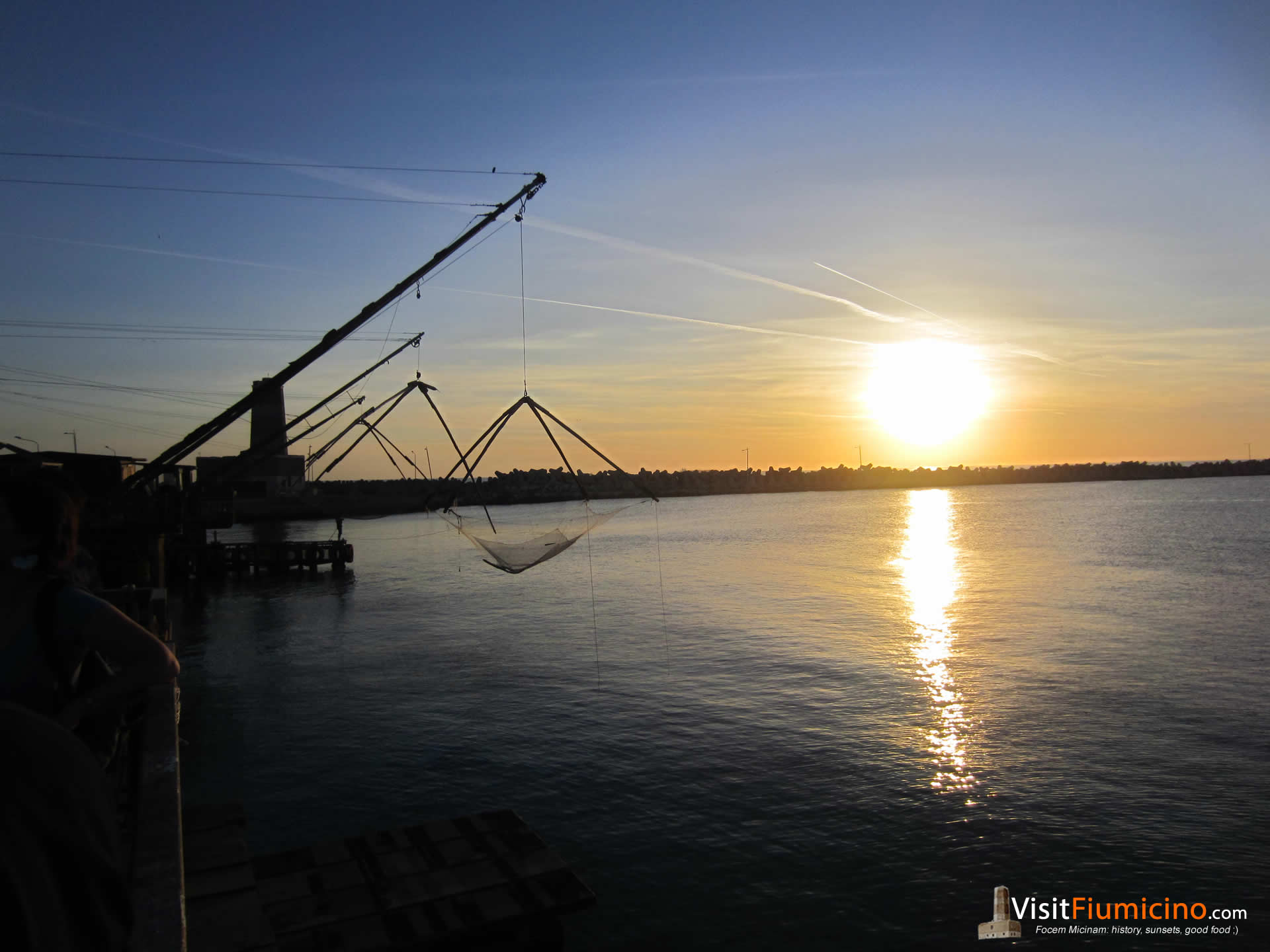 In the territory of the island there is a particular village Sacred that many do not know and who lives in the strip of land between the river and the Mainland for decades. This is Sentinel Pass.

stage 1: Via Monte Cadria, the road along the river and accompanying him to the mouth

To most people won't say anything but those summer evenings venture among its narrow streets, between the River, the Bisou Bisou and its typical houses on stilts, offering moments of solitude and spontaneous surprise: for a moment seems to be in another place, at another time, in another dimension and all of a sudden, after a curve and a House There, overlooking the sea, placido and Sun Red lurking on the horizon.

Our trip starts from via Monte Cadria, the road along the river and that several ups and downs leads to the mouth of the Tiber River: here the Darling river to the Romans dips in the Mediterranean Sea and the water, desserts from Mount fumaiolo, unite with the salty waters of the Tyrrhenian Sea, Mare Nostrum of the ancient Romans. The current here is strong and wild, and the clash between the two rivers produce high waves and a strong current that windier days, it is quite difficult to ride and overcome.

As we approach to Sentinel Pass we can see on the left the river that placidly flows, still unaware of the otacoli that will have to pass before plunging into the sea.
On the left we can see various shipyards, clubs and restaurants along this stretch of coast.
Two more rides and here we are at a crossroads, take the left road and we begin to delve in the alleys of the neighborhood.

2° stage: Passo della sentinella, where you can see the features Canadian houses with two floors and a balcony veranda

The origin of Sentinel Pass is not ancient, it's a settlement started about 40 years ago and populated mostly by those who worked on the river and the sea or nearby. Often people with modest availability that were in this place a shelter and comfort zone, where erect their homes.
But it is a real community where people knew each other, helped, sought comfort with each other, especially in times of trouble during a storm or when the river breaking through the subtle sphere grew larger banks of this stretch of its route. 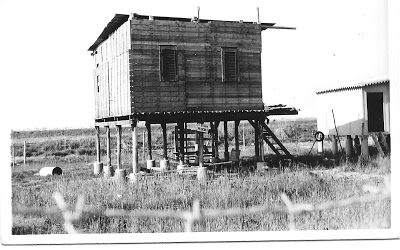 Canadian House of Fiumara grande: the construction was wooden and was supported by several wooden poles to protect against flooding and high tides (source: http://laspondasalmastra.blogspot.it/)

Our gaze is inevitably captured by typical houses in stilts that paint the landscape around us, are similar to those that can be found along the streets of New Orleans and were built for the same purpose, protect themselves from flooding of the river. Yes, because one of the biggest problems of this strip of land is indondazioni when the river overflows its banks and thin does not retain more water invading the Earth.
Houses can be (very little now) or masonry and consist of two floors, the ground floor consists of a garage or a basement while the upper has a balcony veranda and the main entrance to the House.
Don't expect elegant or refined architectural constructions, rather sparse concrete homes, built to survive the wind, salt and possible flooding of the loved/hated River.
There is also a smallish Church peeping with its simple architecture and its wood tired and old, but still alive and present for the souls of the people who inhabit the river.

3° stage: The sand garden of Sentinel Pass, where you can see a sea of white daisies and coastal scrub

And here we get closer to the sea.
After passing the last houses suddenly appears on the beach, the cliffs, the sea and the blue horizon.
The smell of salt air invades our nostrils and moves us to park the bike.
Turning our gaze we see not far from us the old lighthouse and next to himself some bilancioni while in front of us opens a brackish green landscape, featured daisies and Mediterranean flora and behind the cliff on the Mediterranean Sea.
Unfortunately, there is no shortage of waste here and there, signal that this area still needs a lot of care and protection.
We stay a few more minutes to enjoy the show and then assemble back in the saddle, the path is not finished.

stage 4: the giant wooden bilancioni, dancing to the rhythm of the sea fishing and which colour the landscape with their livery 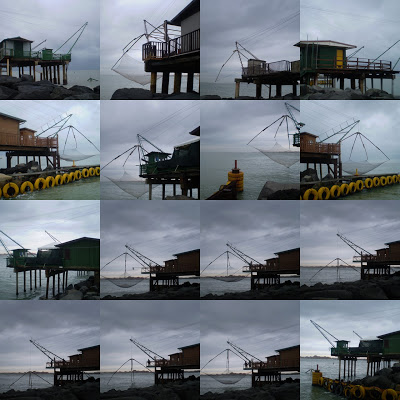 The magical ritual trabucco fishing that raises and lowers to a natural dance the catch for fishing (source: http://www.nevefina.com)

We continue our journey to two wheels passing via Passo della Sentinella, heading towards the lighthouse.
Pass the Sentinel pass Park, where a large "sand Garden" covered with daisies and flowers perfumes the environment and colours the landscape, another short stretch of road.
And here appear in all its Majesty the lighthouse and next to it a series of Bisou Bisou, the old wooden houses on the sea used by fishermen to fish in the deep blue sea of Isola Sacra.

Its main protagonist is, a large Trebuchet wooden platform supported by piles, rock-anchored by large logs of Aleppo Pine, which are longer, some suspended from the water meter, two (or more) long wings, such antennas, which support a massive meshed network called pitfall.
The ritual of fishing is something magical: slowly, quietly, the pitfall is first lowered, left in the water for some time and then is raised to trap fish in its network.

According to some historians, the Trebuchet would be an invention imported from Phoenicians. The oldest documented existence date back to the 18th century, a time when Abruzzo had fishermen strive to devise a technique of fishing which wasn't subject to weather and sea conditions in the area. Trabocchi, in fact, allow you to fish without having to submit to sea: exploiting the morphology of some fishy areas rocky coast, were built in the most prominent peaks and headlands, throwing nets out to sea through a monumental wooden arms system.

A few months ago the bilancioni are living a new life and some willing and fans of these places have decided to put one in again and turn it into that place of recollection and aggregation that was once: the boys of "the Bilancione" (https://www.facebook.com/IlBilancione) and organize theme evenings with music, beer and appetizers: cheerful, carefree evenings which colour of thoughtlessness here, all too often left to fend for themselves.

stage 5: the balcony of "Il Bilancione" where you can admire the Blue Lagoon to Sentinel pass and the tolfa mountains on the horizon

The landscape that can be seen from their bilancione is exceptional: in front of us a large blue lagoon and on the horizon the Tolfa mountains as the sun slowly descends, hugging the horizon and colouring of red, yellow and Orange all over the sky.
The atmosphere is magical and remain here all day listening to the rustle of the wind, the sound of the ocean breaking on the rocks, the seagulls singing and looking at a gorgeous scenery, painted with the blue sea and the blue sky.
Gorgeous.

Reluctantly we descend from bilancione, past the iron bridge that spans the Canal and we head to our bike to go back. Goodbye Sentinel pass, indeed, goodbye. We will miss you.

While retracing the way backlinks though we cannot but admire the beautiful murals of Peri Helio (https://www.facebook.com/perihelium/), Spanish artist who painted "the great River", where nature, poetry, imagination and art come together in a flow of images and thoughts along an imaginary River, which accompanies the hiker in a stellar and introspective journey. 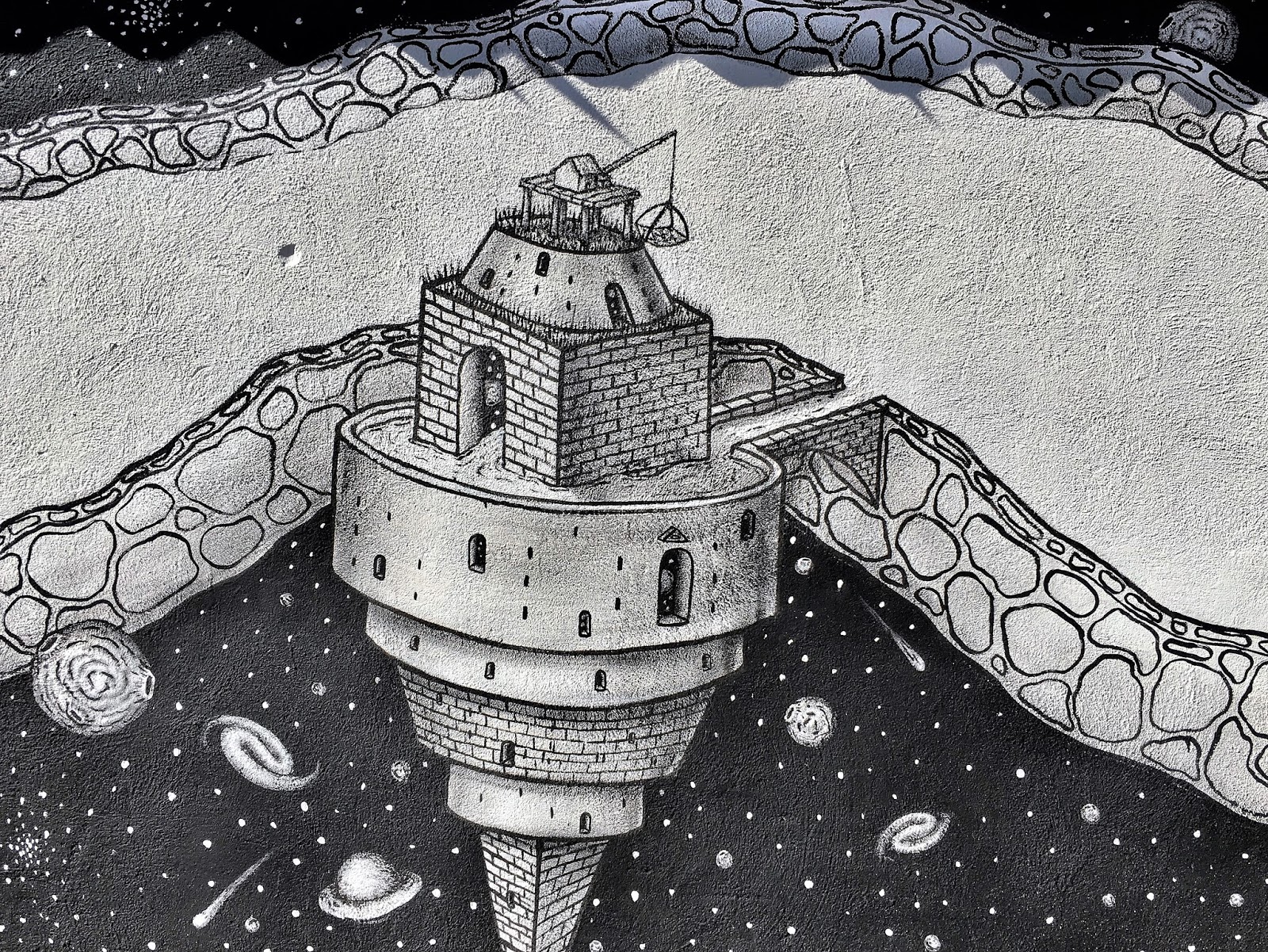 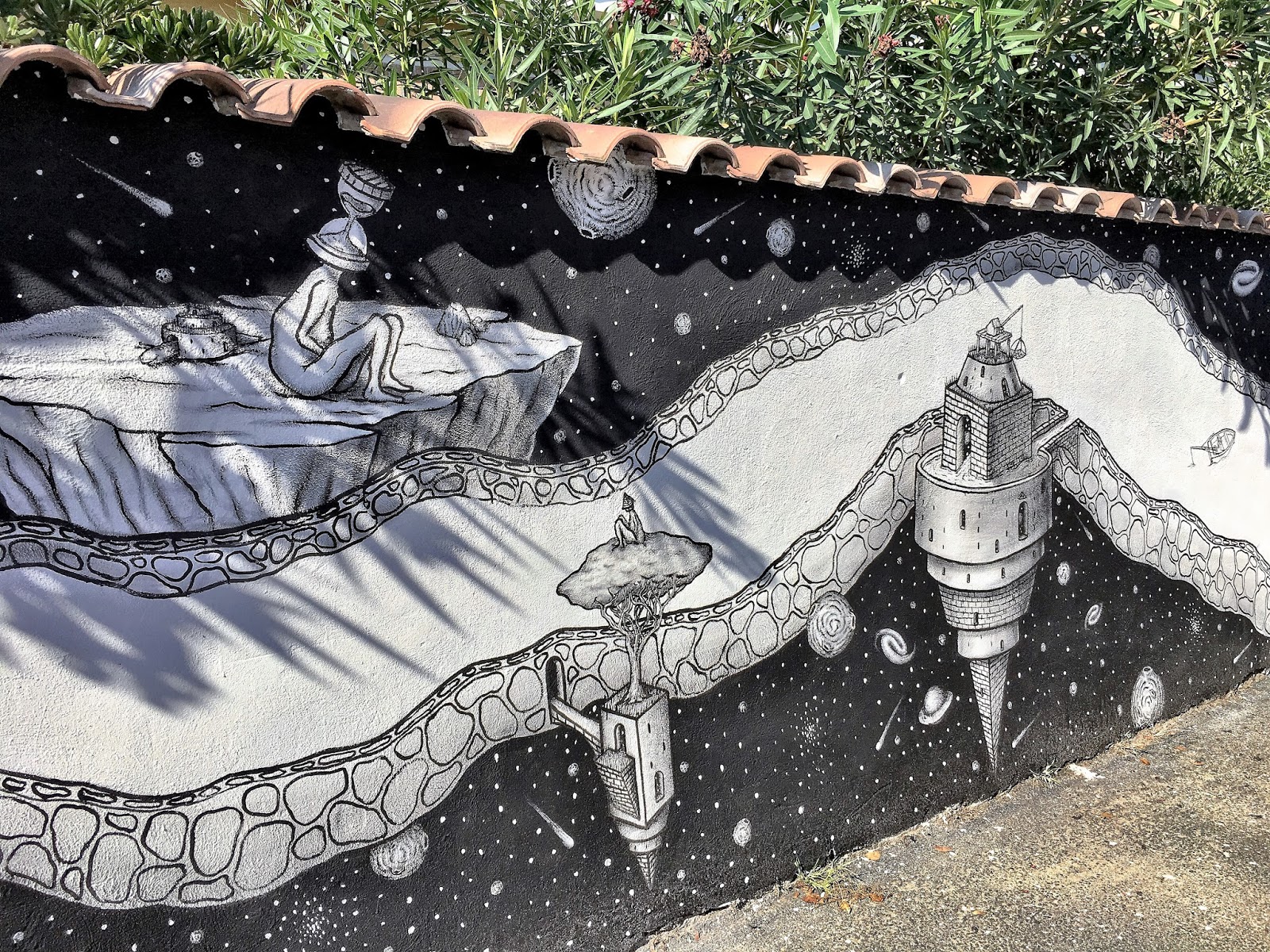 “Peri is based on a complex and varied imagination, that has established a close link between his personal experiences and his artistic interests. Thus, both geometry and Astronomy are deeply rooted in the metaphorical vocabulary of his work. In his compositions, personal, intimate organic shapes and geometric mingle with some surreal and symbolic suggestions.
Peri is a Visual philosopher of the human condition. With a great environmental awareness, is an observer of nature and the changes inside. All these features are clearly reflected in the creative process of the artist.” (taken from http://laspondasalmastra.blogspot.it/).
You can admire this artwork via Sernaglia della Battaglia.
Grazie Peri, Gracias Peri 🙂

SOURCES AND LINKS:
To better understand the life, traditions and culture of this particular village we suggest you follow the blog
http://laspondasalmastra.blogspot.it/
managed by Mr. Mallahi

PS = our friend Bruno writes on facebook and shows us an inaccuracy on our description and we will promptly publish,
“I read the entire article and is very interesting there is only one inaccuracy Sentinel Pass are over 20 years flooded the river Tevere, because those cabins with stilts over 2 m are now virtually at street level. The Bank which was up 3 m is now 1/1.50 m so the area is perhaps less romantic but much more livable and nice for us that we're all year and that's when it's flooded sacred island and must intervene even the army did not see flooding the streets. I'm 20 years here and I'm increasingly fascinated. Wake up with the birds chirping or see the butterflies that variegated wings give us good morning is beautiful. Not to mention the bats that are running their evolutions and many other suggestions. Really if there was a little more inventiveness by bureaucrats of the different institutions would have the option of creating a type area some elite neighborhoods of Miami.“