Browse the Tiber between history and nature – Fiumicino 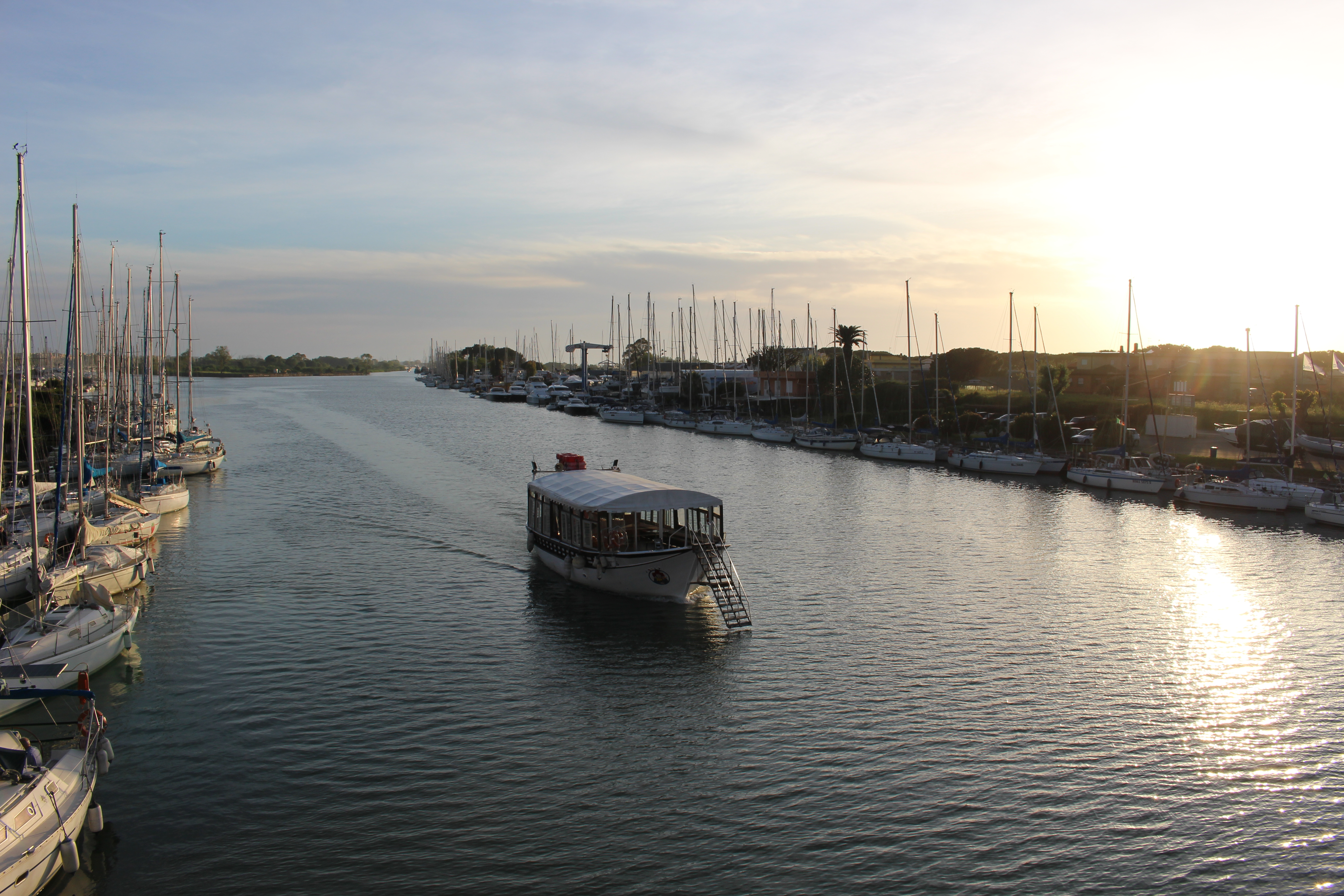 Since ancient times the river meant first of all life to the ancient Romans.
The fact that the city owes its very existence is described already from the first scene of the Foundation legend, Romulus and Remus in the basket that got stuck under the Ficus ruminalissuck, strain fruit sugar waiting for a real feeding (source: Wikipedia, the free encyclopedia).

Over the centuries was called in different ways, for Latinos was Tiberisbut the first name, perhaps oldest is Rumen or Rumon, from ruminant, highlighting the activities of erosion of the banks. There were nicknames, Albula or Biondo Flavio in reference to the colour of the sand,Tarentum', RASP, in relation to the erosion of the banks, even snake 'Coluber,it the sinuous shape of the meandering and its many anse (source: ' turismoroma ').
The Tiber was so important to be considered a deity, personified in Tiberinus Pater: its annual feast ( Tiberinalia) was celebrated on December 8, the anniversary of the founding of the Temple of God on Tiber island and was a rite of purification and propitiatory.

The River was used for many centuries as a way of communication: in Roman merchant fleet could be traced directly to Rome, at the general store that was located at the foot of the Aventine, while smaller boats and suited the waterway transporting goods and agricultural products from Umbria, through a system that penetrated capillary navigable in the region through the tributaries, notably the river Chiascio and Topino.
In imperial times the river's history is linked to the commercial network of the Mediterranean, with the Imperial ports hub Caludio and Trajan and the second port of the Tiber "oil port", which remained a Ocriculum vital transportation artery until the end of the ' 700.
During the middle ages and then follow up to 700 ' along the River were built several towers and defense that needed to be able to peer into the sea and give the alarm in the presence of pirates or enemies who come to the Mainland.
Among the most famous are there, Torre, and Torre Alessandrina Niccolina Torre Clementina, which takes its name from Pope Clement XIV in 1773 ordered to build a watchtower and defense that could protect the Papal States from raids by Saracen Pirates (very common at the time): a square base, 10 metres wide on each side, housed inside, behind the appropriate slots 4 guns, arranged on 4 sides of the Tower, ready to be used in times of need. The entrance was raised and there was accessed through a drawbridge. The tower was destroyed by German bombing during the World War 2 but was so etched in the minds and hearts of the inhabitants of Fiumicino which became the symbol of the coastal capital. In its place today stands a marble column on the top and the Madonna Assunta in Cielo.

The source of the Tiber River is located on the slopes of Mount Fumaiolo at 1,268 m s.l.m., on the side facing the Tuscany, take 405 km through the Emilia Romagna, Tuscany, Umbria and Lazio to throw himself in the waters of the Mediterranean Sea at the mouth of Fiumicino and Isola Sacra.

But the Tiber is not just ancient history, is also a valuable habitat for a multitude of local fauna and flora: Holm oak, willow, poplar white coloring of its green banks and become home to several animals such as otters, Osprey, the Swan, the Great Egret and Heron, cormorant, buzzard, the mallard.
Among the significant presence of fish for perch, Pike and CARP.

Walking on its shores or surfing it with a boat you can give an account of how beautiful, impressive and rich in biodiversity, an authentic green casket which tells us about the history of our land.

In order to navigate you can take boat trips to Ostia Antica, Marconi Bridge or the bridge June 2.
There are several boats that allow you to navigate the River from Holy Island until reaching Ponte Marconi for an enchanting journey through history and nature, relaxing and with a light sea breeze that will carezzerà the face.
Relax, solo relax 🙂