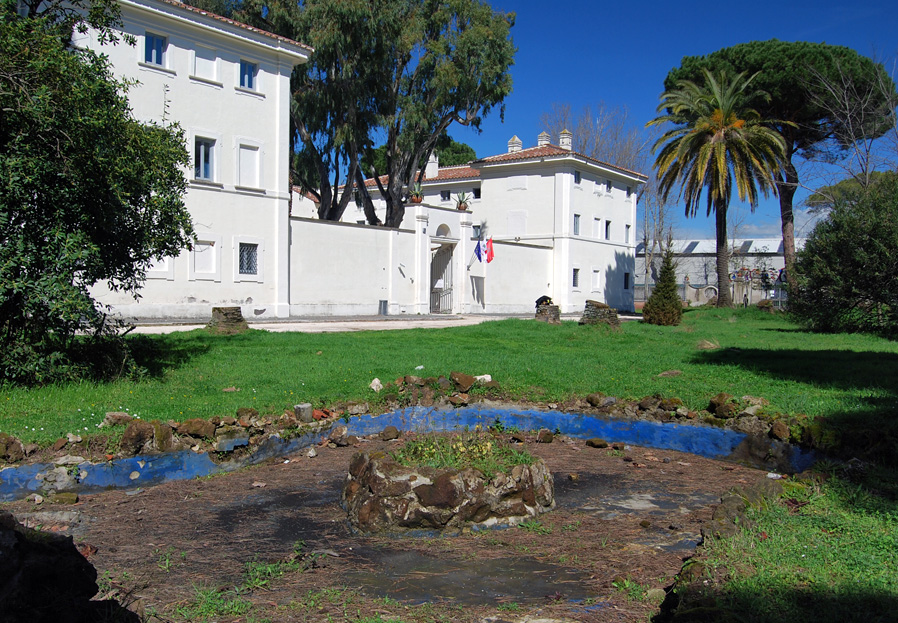 Some of the most illustrious guests were Pope Gregory XVI and the French composer Claude Debussy who, he was a guest of the Count Primoli around 1885 and left us a description of his stay in our territory:
“I was in Fiumicino, Primoli being in Paris, offered me his villa which is delightfully arranged. Fiumicino is a fascinating place where the Romans come to bathe at sea, where I already had a pleasant stay. There I have enjoyed a complete solitude, is what I ask for now“.
Si racconta poi che la sera del 25 novembre 1884 i primi ravennati siano stati ospitati nel cortile e nelle stanze della grande villa, per cominciare poi l’opera di bonifica. Il nome della villa si deve agli ultimi proprietari, i marchesi Guglielmi.

The villa is surrounded by a park of 10 hectares, and is close to the church of the crucifix built between the 1780 and the 1787 from the Card. Ruffo.
Today Villa Guglielmi is also known for its sport and jogging paths, a green and quiet oasis for those who love to take long walks in nature, among trees, meadows and canals, but also for those who love to do outdoor sports with its equipped paths.
A lovely pond, wooden bridges and a children's play area frame this green oasis in the heart of Fiumicino. If you visit Fiumicino you cannot miss it. 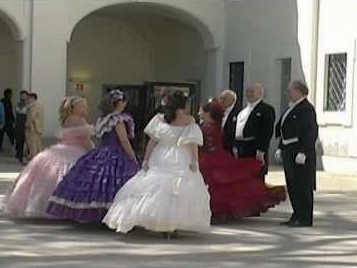 In Spring The Villa is enlivened by an incredible spectacle, the Court festival, organized by our Pro Loco (http://www.prolocofiumicino.it/): Over 50 figures with dresses in style of end ' 800, are engaged in the activities of that time, between the court and some rooms of the exhibition Centre on the second floor, also furnished in an appropriate way. In this way who visits the villa can participate in a day of FE

It stands at the end of ' 800, interacting with the characters, knowing a bit of the history of the building, through the photographic exhibition with the suggestive images of the villa as it was, observing the games of that time and the commitments of the servitude, enjoying the taste of a lunch Particular under the porches of the villa, while in the court and in the largest saloon, ladies and Knights hover in waltz time.
In the background the music of Claude Debussy, French composer who was a guest in the villa, and it is possible to observe also the carriage belonged to Pope Gregory XVI also hosted in the historic residence in 1835, as recalls a great marble tombstone Inside the library.