Crosses on the bridge's history reminds our freedom – Fiumicino 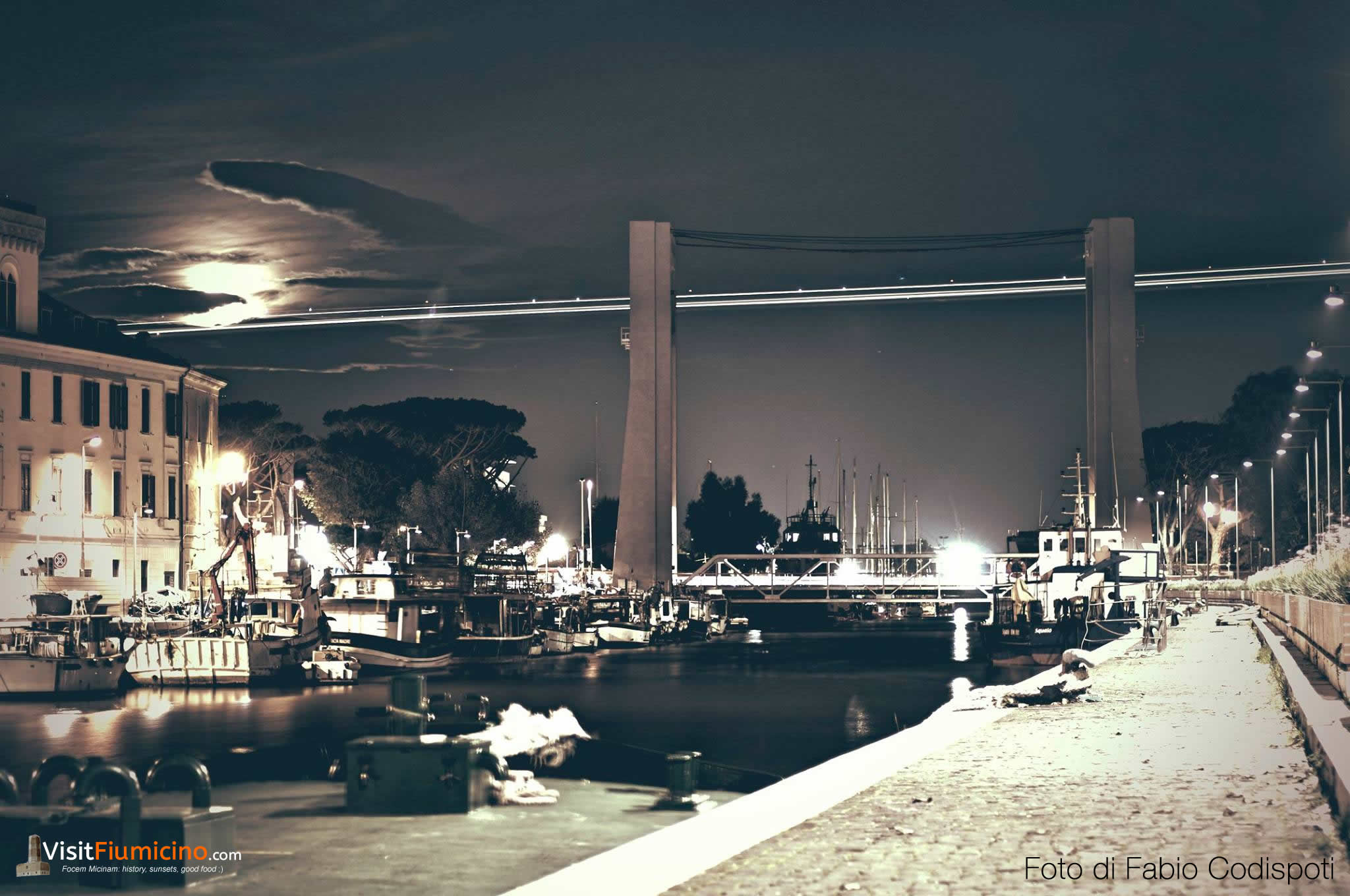 “This bridge was destroyed by the Nazi-Fascist rage in 1944, it was rebuilt with greater magnitude than the last and solemnly inaugurated on 25 – 2-1948. The citizens ' Committee of reconstruction, interpreting the will of the people, he wanted to dedicate it to the fateful date of hoped-for the Italian Republic.”
With these words, engraved on a marble plaque at the foot of the bridge, on February 25, 1948 was inaugurated on June 2, called drawbridge in this way to honor the birth of the young Italian Republic. 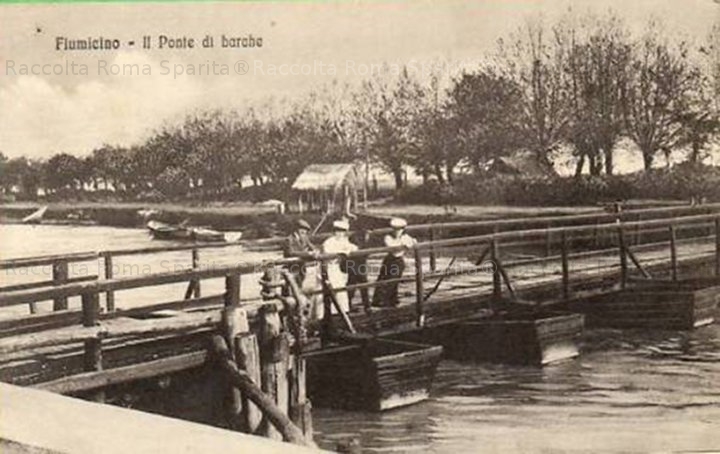 The story of this bridge however is much older and began in 1787 when Cardinal Ruffo had built the Church of the most Holy crucifix. At that time there was a pontoon bridge right in front of the place chosen for the construction, perfectly in line with the Church of the crucifix.
The history of this bridge of boats, so particular, also tells of an interesting anecdote: towards the end of the brief existence of the Roman Republic, the General ordered the Republican garrison of Fiumicino sinking Avezzana all boats and destroy the bridge before folding for Rome. The work was not easy because the population of Fiumicino did some opposition, given that the very lives of the nascent Township depended solely by the efficiency and activity of the port. 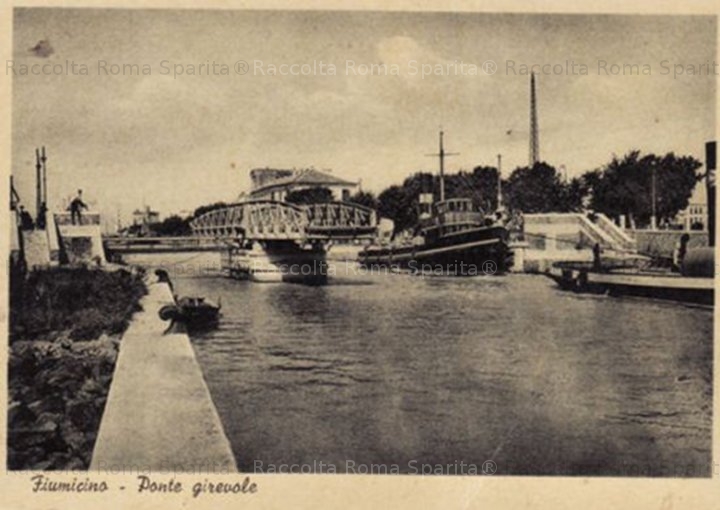 From 1800 to the early ' 900 the bridge of boats, so important to people's everyday lives of Fiumicino, was destroyed and rebuilt several times until in 1922 was replaced by a modern bridge.
In May 1922, the company presents the Nathan Uboldi project to build a bridge.
The new bridge will be built just downstream from that wooden float, aligned with State Street, later renamed Via del Faro and also allowed the transit of trains and trams.

Unfortunately, the swing bridge was short lived and followed the sad events of the second world war that touched the territory of Fiumicino: on the afternoon of January 23, 1944, as stated in the diary of the priest of Porto, the swing bridge was dynamited by the retreating German army and that was the end of him. 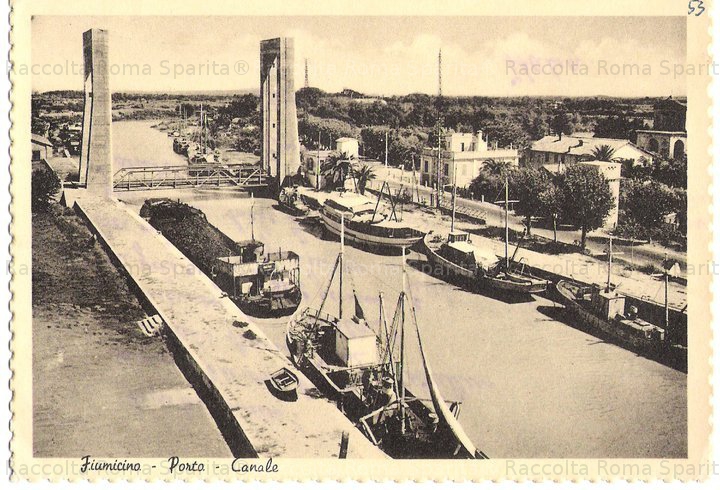 The new bridge was built in 1948 and became an immediate focal point of transportation and traffic, both land and sea. He distinguished himself by his predecessor to be a drawbridge, or rather, a lifting bridge.
Its mechanism is as simple as it is spectacular: two towers equipped with cables, counterweights and engines, raise and lower the floor of the bridge. This way works much like an elevator.

In February 2017, after two months of restoration and modernization, this old guardian of the river has regained new life, with a new look, new walkways and an enhancement of its engines. 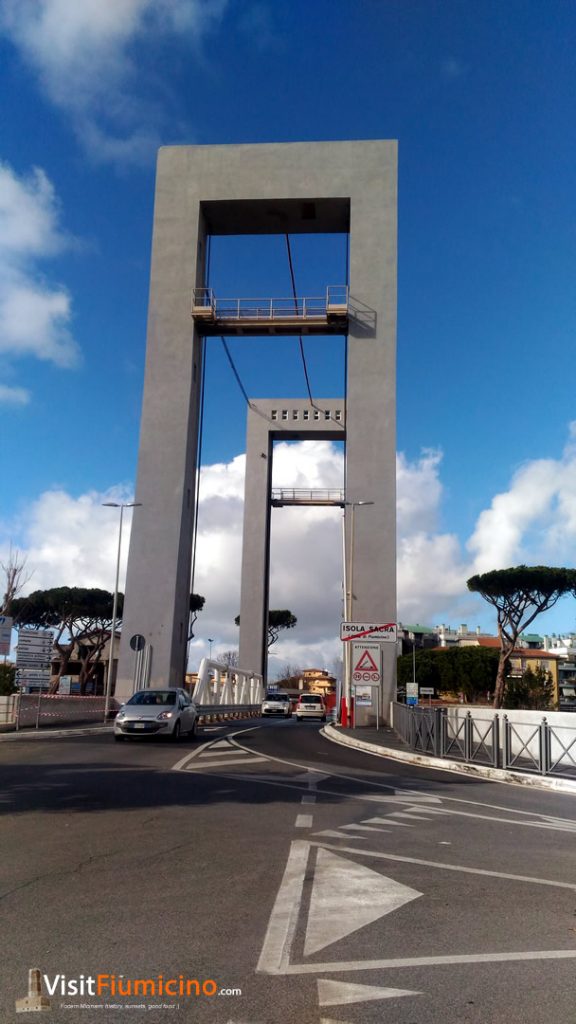 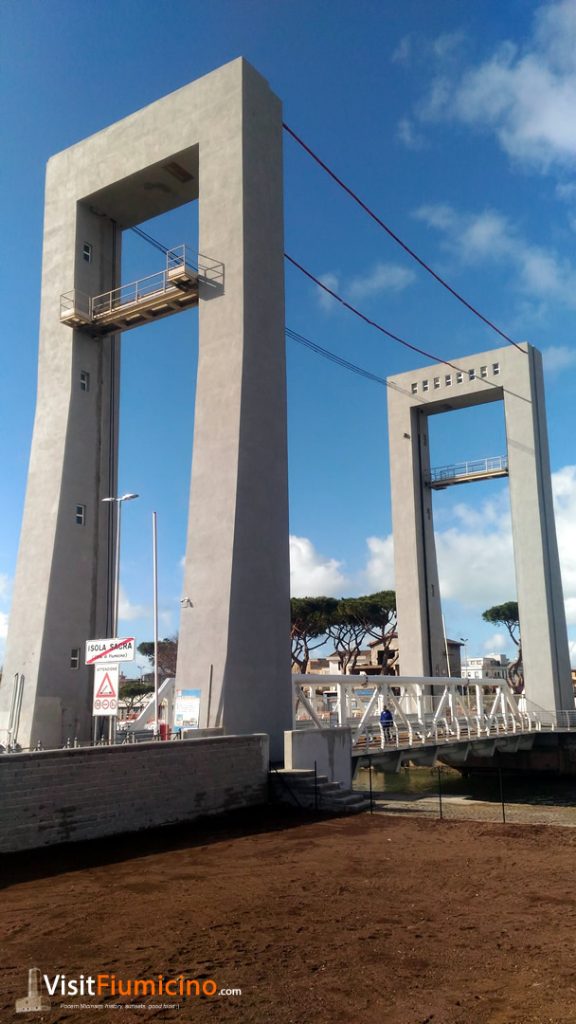 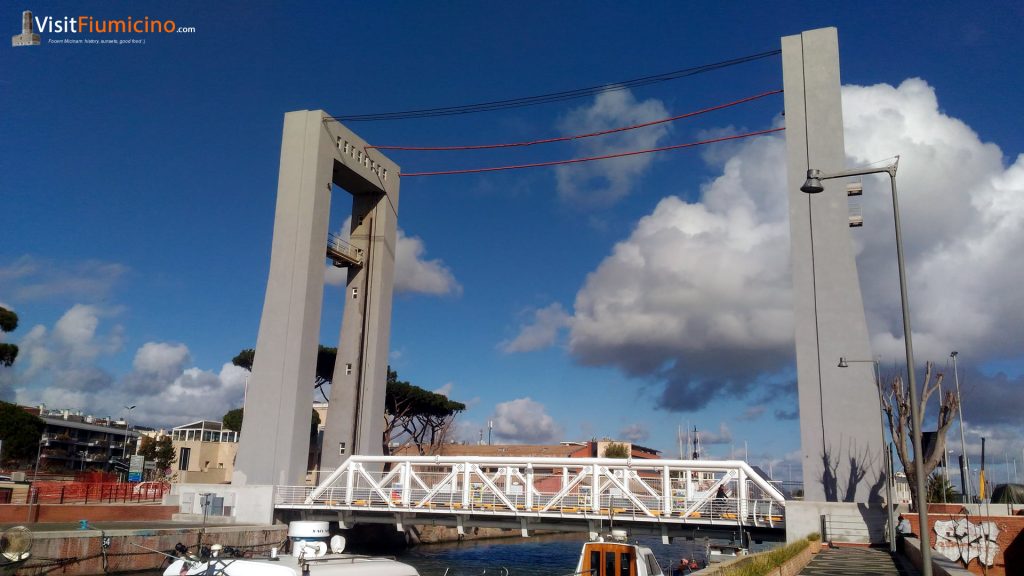 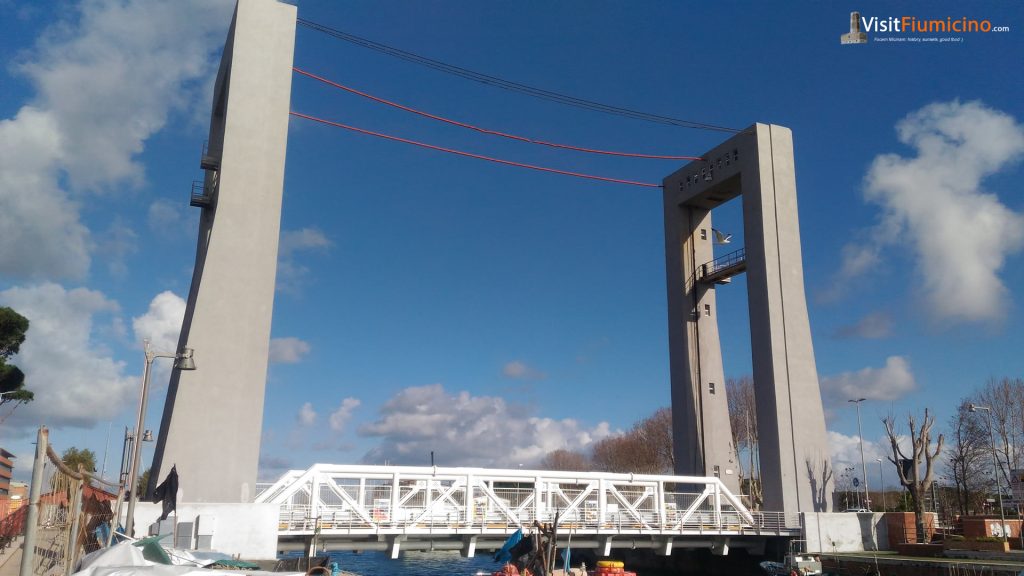